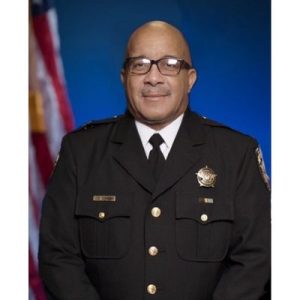 Captain Strozier is dedicated to service and has been excited to bring his extensive background to benefit the citizens of Rockdale County. He is proud to serve the Sheriff of Rockdale County and is committed to supporting him in fulfilling the Sheriff’s Office vision of being a leader in personnel safety, quality personnel, equipment, technology, training, professionalism, integrity, and transparency. Captain Strozier obtained his Paralegal Certification from Clayton State University, a Bachelor of Arts Degree from St. Leo University, and is a graduate of the prestigious FBI National Academy class #228.

Captain Strozier is an active member of the FBI National Academy Associates, The Georgia Association of Chiefs of Police, and the Georgia Sheriff’s Association.