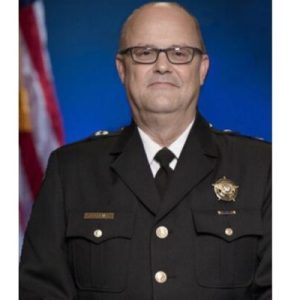 Captain Tom Brewer is currently assigned as the Jail Commander. He has been employed with the Rockdale County Sheriff’s Office (RCSO) for almost 22 years. In that time, he has worked in Uniform Patrol as a patrol deputy, Criminal Investigations Unit as an investigator/supervisor, and the SWAT Team as a commander. He was promoted to the rank of Captain in 2019.

Captain Brewer began his bachelor’s degree in Criminal Justice at UGA and completed it at Georgia State University. He also holds a master’s degree in Public Administration from Columbus State University. In 2005, he received the prestigious Supervisor of the Year Award along with a Hometown Hero civilian award for his investigative work in the Rockdale community. Captain Brewer also possesses his POST-Managerial & Supervisory Certifications along with Advanced and Intermediate Certifications.